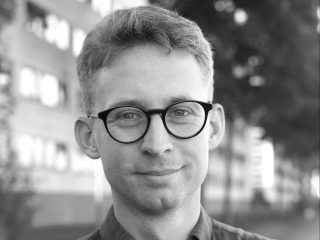 The Conference on the Future of Europe (CoFoE) is up and running. And it has gained traction since its launch on 19 April (which we covered here). Now, the Commission is launching national and European citizens’ panels, the next phase of the project.

This is a good moment to take stock of this flagship democratic initiative which saw, since its launch, more than thirty seven thousand platform participants and ten thousand proposed ideas.

Overall, CoFoE reveals an interesting pattern for the open movement, namely the high number of submissions calling for more open source, open access and open standard policies. Furthermore, these are initiatives that receive some of the highest levels of endorsement by users of the platform. Some of these initiatives will be translated into policies aimed at “Shaping Europe’s digital future” and many will be at the heart of future national and European citizens’ panels.

And while CoFoE is not binding in its outcome, it constitutes a unique supranational exercise of deliberative democracy, going beyond civic engagement limited to electoral voting every five years. It is also a unique source of brainstorming and collective vision for policymaking in the digital age.

The fact that a high number of proposals supports a stronger open mandate is telling.

In general, CoFoE deserves further attention by activists to understand how a civic perspective can influence policy discussions–also with regard to goals focused on openness and the digital commons. So let’s take a closer look at it.

Open policies for an open future

The following five proposals, if taken onboard by European policymakers, would create a strong “open policy package”, calling for stronger open source, open access and open standards policies. And they are all gaining significant traction on the CoFoE platform in the thematic area of digital transformation. They are all receiving a significant amount of “endorsements” and “follows” by participants–the two matrices which signal the overall level of support behind the proposals. Below, a short description of the five proposals:

European citizens’ panels, which constitute the second step of the Conference, are already unfolding in Belgium, Ireland, Italy and Poland. For the digital transformation topic, the relevant panel to follow is the one responsible for “stronger economy, social justice and jobs / youth, sport, culture and education / digital transformation”. The main outputs of the second session can be found in this report and the panel met again on 5 December in Dublin, Ireland for the third session.

Throughout these meetings the open policy proposals will hopefully remain as key parts of this co-created policy package. In that case, the CoFoE process will ensure that an open perspective remains at the forefront of EU digital policy-making.