It’s not the technology, it’s the players 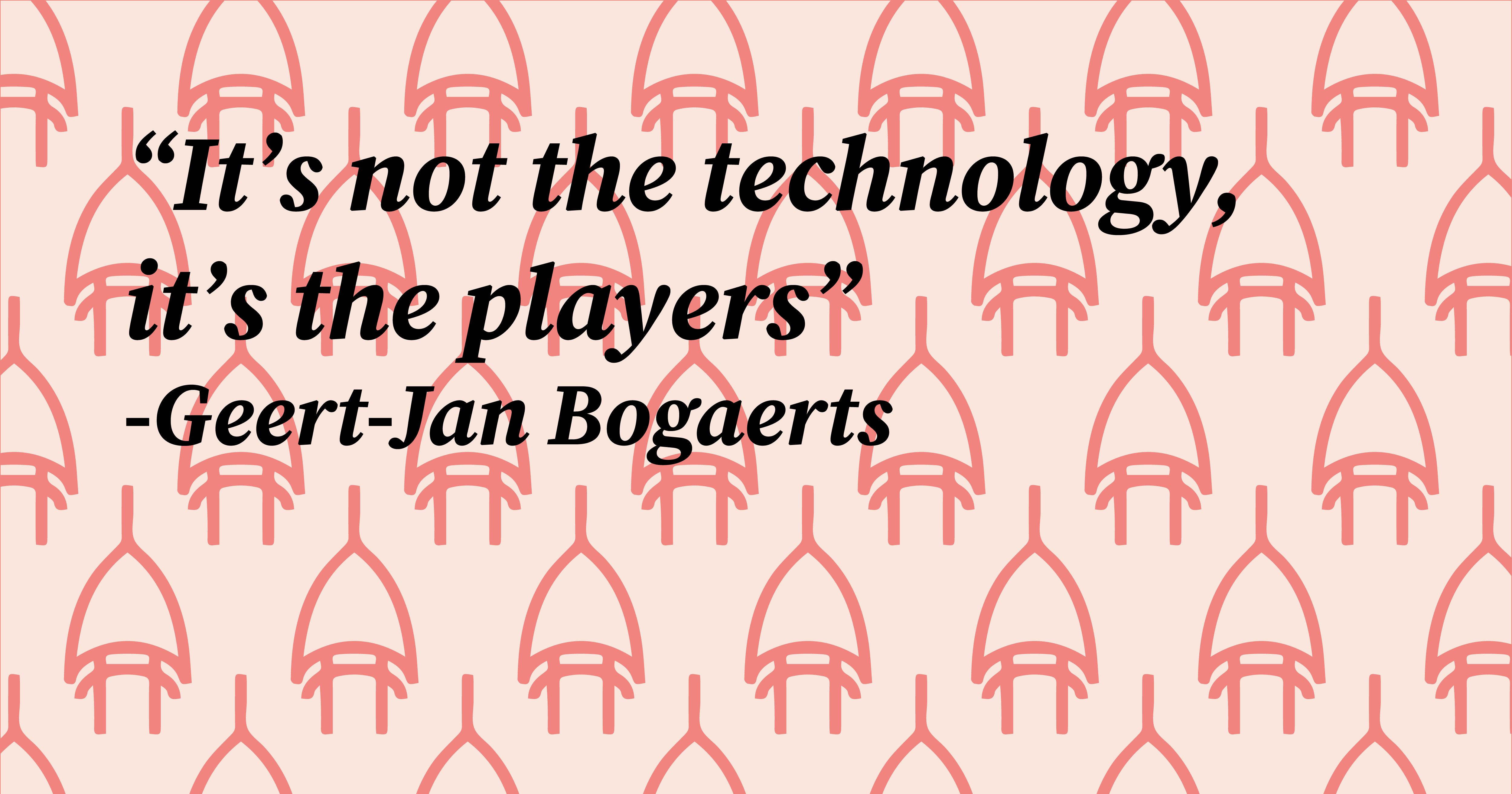 The Internet is busted. Huge corporations are calling the shots, extractive business models prevail. And safe and privacy-friendly online spaces have become scarce. How do we move from extractive practices to regenerative ones? How do we retain public control and move to a people-centered internet?

In our research on a Shared Digital Europe and public-civic spaces, we argue that public and civic actors need to build these alternative spaces. And that interoperability is an essential principle, through which they can together form a bigger ecosystem.

Over the course of summer, we consulted friends and experts on the question: how do we get to public-civic spaces, what role does interoperability play? And what is holding governments and civil society back to make the shift? In this series we share the insights that these conversations produced, one at a time.

First in this series was Nathan Schneider, who talked about open source and cooperativism, about collective action problems and how interoperability alone is not enough. Next we sat down with Geert-Jan Bogaerts, head of Innovation and Digital Media at the Dutch public broadcaster VPRO, advocate and catalyst of open, interoperable systems and organizations and founder of the coalition Public Spaces. Public Spaces aims to make value-driven technology and online spaces the new normal for Dutch public institutions, the old normal being interacting with the audience through the services of tech giants like Youtube, Instagram or Google. The Public Spaces coalition so far consists of around 30 members: broadcasters, libraries, museums, schools, festivals and heritage organisations. And together, they explore how to work and act collectively, just like Nathan Schneider recommended in a previous blog in this series.

We ask Bogaerts about the Matrix software that Public Spaces uses as a community network tool. “It’s basically an alternative to Slack”: it facilitates online teamwork and communication. Just like Slack, Matrix offers chat rooms, doc and video sharing, etc., but differs in a significant way: it is designed as an interoperable space. This means that other groups, services or platforms can easily connect their technology to Matrix’s infrastructure, such as chat applications like Telegram, Signal and Whatsapp.

It’s not the technology, it’s the players

Interoperability is not a new concept. The internet itself is an example of an interoperable system. When asked about the importance of interoperability, Bogaerts responds that “collaboration is not a matter of interoperable architectures, but first and foremost of the mentality of the players involved”. Although Matrix is technically interoperable with Whatsapp, Facebook, like other big tech companies, sets limits on the extent to which their technologies can function in conjunction with other platforms and its users.

The technologies are there, says Bogaerts, so no need to develop them from scratch. Does this mean that developing interoperable technologies should be off our list? “Well”, says Bogaerts, “let’s look at one of my current projects, which is about building a content discovery and distribution platform for independent makers. Mastodon already has a federated platform, PeerTube has an interoperable video distribution platform. Combining the two will get you a long way in terms of the right technologies.”

Most people discover and distribute media content on platforms like Youtube and Facebook. For many content makers, from amateurs to professional institutions, it’s their gateway to an audience. In order to no longer rely on these extractive and opaque platforms, different public broadcasters, like the Dutch VPRO and the British BBC, have developed and use their own platforms, called NPO Start and Iplayer respectively, to publish media content and connect with their audiences.

Despite being a good step forward, these technologies have some serious downsides that need to be addressed. One is, according to Bogaerts, the fact that they are exclusive: only VPRO and BBC can publish. The second is related to the first: NPO Start and Iplayer are not very suited for communicating content to the audience, precisely because people are drawn to ‘platforms’ where they can discover wide varieties of media content and makers. Hence the need for an interoperable platform that serves both needs.

Interoperability is important, but why?

So why is it important for a content discovery and distribution platform to be interoperable? Bogaerts: “First of all, because for content makers and the public interoperability means retaining autonomy”. Extractive platforms usually apply some kind of vendor lock-in: moving content from one platform to the other means losing the (meta)data that enables interaction with the public. With interoperability, users can easily swap platforms without sacrificing crucial data. Second, interoperability stands for and enables platform pluriformity. “I believe we are moving to an internet beyond one-size-fits-all”, says Bogaerts, “where makers, brands and personalities can steward their own platform as long as these are interoperable and communicate with one another. This can bring together different makers, perspectives and audiences. That’s incredibly valuable”.

Moving from tech to context

Bogaerts agrees with Nathan Schneider that, in order to move to some sort of online public space, interoperability is not enough. A social, political and cultural context is needed that supports this kind of shift. A context that supports interoperable models and behaviour by all players, including commercial ones. What kind of policies could help bring about such a context?

“Flanking policy” is what Bogaerts calls them, to denote the facilitative role they might play in transforming media platforms. One flanking policy could be quality criteria for open standards and the formal enforcement of those criteria by an official regulator. Another could be changing the way publicly financed media organisations are being evaluated. The current emphasis on the size of their audience – the reach of content – is not necessarily an incentive to build or invest in new kinds of content platforms.

So, what is holding public organizations back to adopt open and interoperable systems now? Flanking policy number three: changing the incentives. An infrastructure is needed that creates the right incentives for shifting towards open, interoperable systems. Such an infrastructure could, for example, support research and development of new media platforms. Or it could manifest in procurement procedures that are public value-driven.

Currently, Bogaerts argues, it’s a moral obligation, rather than a clear incentive, for public media organizations to change their ways and opt for open, interoperable systems. “The Public Spaces group does it because they think it’s important, but the money has to come from every nook and cranny.”

This blog series is a co-production of  Open Future and Commons Network in the context of the joint project Shared Digital Europe.