The CJEU opens up and starts streaming
Opinion
#future of open 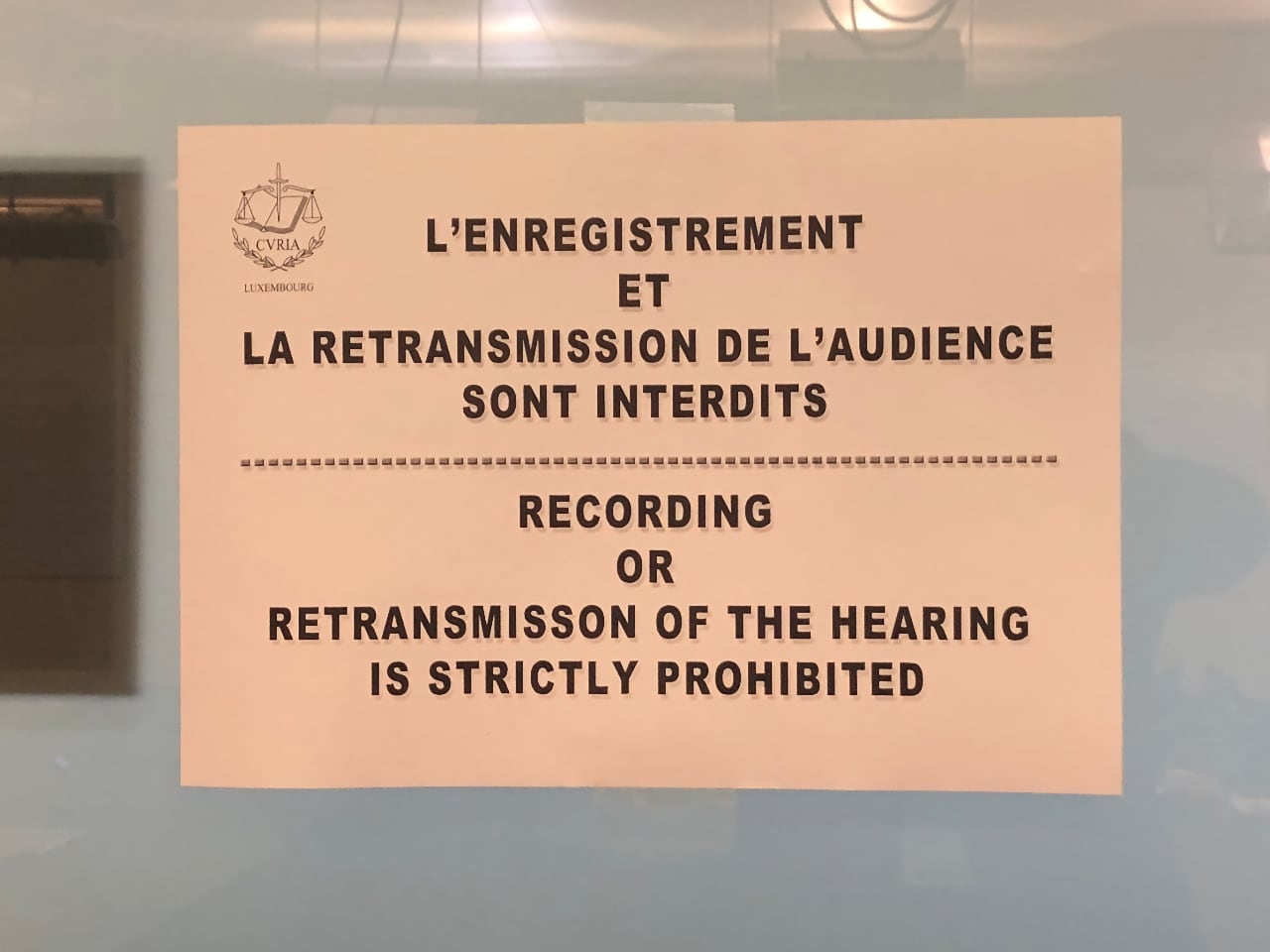 by: Paul Keller Sign on the wall of the press room of the CJEU

In November 2020 – as the second wave of covid infections crested over Europe – I found myself driving 418 kilometres through the night to report on the hearing in Case C-401/19 at the Court of Justice of the European Union in Luxembourg. At the hearing — which constituted a pivotal moment in the discussion about the implementation of Article 17 of the Copyright directive — I was one of only two accredited members of the press and the only one writing for a free access publication (the other wrote for a paywalled trade publication). Apart from the two of us, the hearing was attended by a small group of lawyers who were following the proceedings to privately report back to their industry clients (both entertainment industry and online platforms). And otherwise the spacious halls of Europe’s highest court were largely deserted.

Before driving down to Luxembourg I had considered trying to live stream the hearing but once I arrived at the court and set myself up in the press centre, I quickly abandoned these plans after being reminded that the Court really does not want to have its workings communicated to the public (see the photo above). Usually I am not someone who quickly complies with senseless rules — but even I did not want to mess with Europe’s highest legal authority.

So I settled behind my laptop and engaged in a furious sprint of note taking (not necessarily an easy task given the multilingual nature of proceedings at the CJEU) and published what still is the only(!) publicly available report of the hearing.

All of this is to say that I am extremely happy to hear that last Friday the Court has finally decided to embrace the possibilities offered by the Internet and will start streaming Grand Chamber hearings and judgements as of this week.

Coincidentally this means that the first judgement that will be live streamed by the court will be the judgement in Case C-401/19, the very case that made me drive through the night to cover it in November 2020. This means that anyone with an interest in the judgement can now follow it from the comfort of your home or office (the stream will be available on the CJEU website and should start at 0930 CET on Tuesday the 26th of April).

Last week’s decision of the Court to finally start streaming its public proceedings is extremely welcome. Justice and democracy do not flourish in darkness and scenarios in which public access to the deliberations on fundamental rights is dependent on random activists being able to drive across borders are not conducive to trust in our democratic institutions.

The decision to embrace streaming has likely been in the making for quite some time. Back in November 2020 after the hearing, I expressed my frustration about the senseless refusal to stream the hearing to the court’s extremely friendly and helpful press officer, who turned out to be just as frustrated with this situation as I was. He also hinted that there were discussions ongoing among the judges and that he and his colleagues were pushing for more openness. As it is well known, the wheels of justice turn slowly but it is good to see that the court has finally realised it does indeed make sense “to facilitate the public’s access to its judicial activity” by streaming its proceedings online.