Open Climate: an opportunity for the Open Movement to reimagine itself

A conversation with the Open Climate Community
#future of open

For the seventh Open Future session of this season, we invited the convenors of the Open Climate community: Evelin “Scann” Heidel, Shannon Dosemagen, Michelle Thorne, Emilio Velis and Alex Stinson. There is pressing urgency to deal with the climate catastrophe that we all face, around the world. But Open Climate is also interesting as a nascent part of the Open Movement. We wanted to learn how people building this space identify and frame not just challenges, but movement goals and ways of working together. 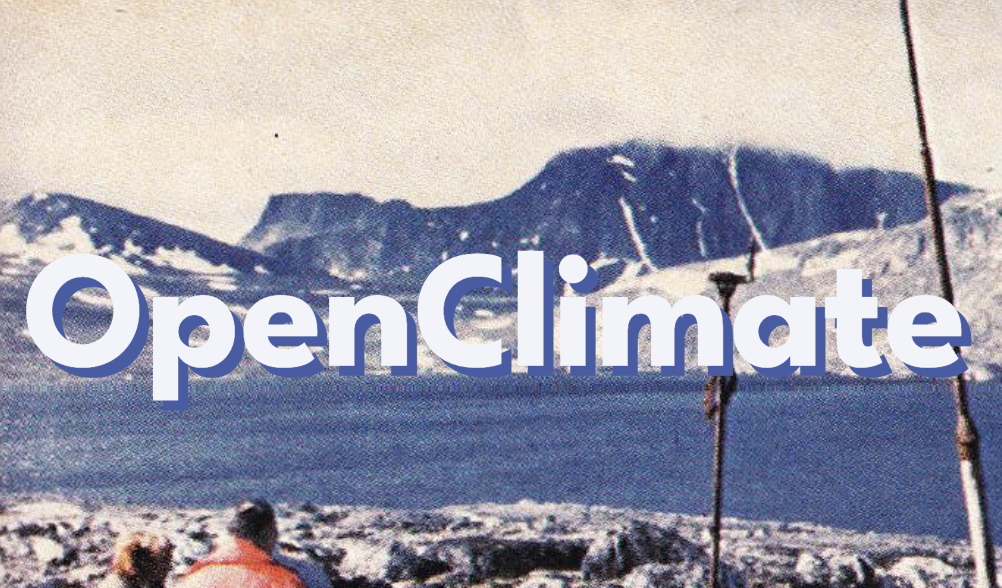 All our guests are long-standing activists and practitioners, who have years of experience with developing open models, strategies and practices. Some, like Shannon, have been involved in environmental issues for years. Others, like Scann or Alex, have shifted to this cause more recently. All of them are keen to apply what Shannon calls “open practices and philosophy” and what Emilio calls “open organizational practice” to the climate and environment space. And open sharing of knowledge is seen by them as a key way in which a big, planetary issue like climate change can be tackled and made actionable to people around the world. They presented their vision in a manifesto titled Open Climate Now!, published by Branch, starting with these words:

“Two global movements—open and climate—both reckoning with privilege and power in their own organizing, should seize the moment to work more intersectionally and learn from each other”.

“Working on climate and sustainability issues is an opportunity for the open movement to reimagine itself” – said Alex. For Open Climate activists, open access to research and data is not the goal, but just the starting point. Their approach to designing an activist strategy is very different from that of twenty or even ten years ago. And this is especially clear when they mention key concepts around which they build their activism.

Shannon highlighted the importance of environmental and climate justice as a core value. From this perspective, openness is not a goal in itself, but means to ensure more just and more equitable access. In the longer term, it means making sure that “environmental data is working for everyone”.  The approach that Shannon is developing around this value framework, through the Open Environmental Data Project, focuses on ensuring the engagement of communities that are directly affected. The traditional approach to this would be through citizen or community science projects; but a stronger approach is needed, one that secures engagement in other ways, for example at the level of data infrastructures and data usability. Emilio described this in terms of defining the purpose for open resources – which often are available, but not accessed or made use of. Open Climate activists are arguing not just to open data, but to make it useful for fighting the climate crisis.

Scann in turn talked about tackling misinformation as a key goal at the intersection of digital rights, access to knowledge and climate justice. Once again, this gives activities that were traditionally framed in terms of access to knowledge a stronger connection with social justice. In this case, inadequate information or misinformation compounds harm caused by the climate crisis, especially in communities that are most at risk.

This perspective has practical consequences for activism, which were highlighted by Alex, as he described the importance of Wikimedia and its communities. As a global platform with years of experience in decentralized creation of multilingual content, the platform is well positioned to also provide access to information needed to fight the climate crisis. At the same time, Open Climate activism requires new approaches to thinking about access to knowledge. Not only it needs to be accessible, but also contextual and useful.

Alex argued that Open Movement communication can bridge a gap between the formalized language of Open Access science, and the communication style developed by the young climate activists. This requires different forms of translation – between languages, cultures, communication styles. Wikipedia and the Open Movement are well positioned to do this, but they need to make sure that their platforms and knowledge are not just open, but also useful. (A point that Alex develops further in his recent blogpost on Wikimedia Diff). And centering on social justice and human rights is a way to make these narratives more powerful. The climate crisis needs to be shown not just as a problem of science, but as an issue related to human experiences.

There is a sense of urgency and focus in the stories of Open Climate activists. But, as Michelle stressed, this is also an opportunity to find a renewed sense of purpose for openness. Open Climate activism is still relatively novel, and not as established a field of openness as, for example, Open GLAM or Open Education. This will probably soon change, at least this is the hope of activists that see the need for all of us to find connections between the issues we work on, be they open activism or more broadly understood digital rights, and the climate crisis. But it is already very inspiring to see this field of open being framed through values and a sense of purpose that develop the original vision of openness. A perspective that combines a belief in open sharing with a focus on community engagement and social justice should also be adopted in other fields of open.

Open Climate activists organize regular community calls, during which you can learn more about their initiatives and engage. You can find notes, call recordings and more information from these meetings in the Open Climate Appropedia page.