The Paradox of Growth – Unintended consequences of Open 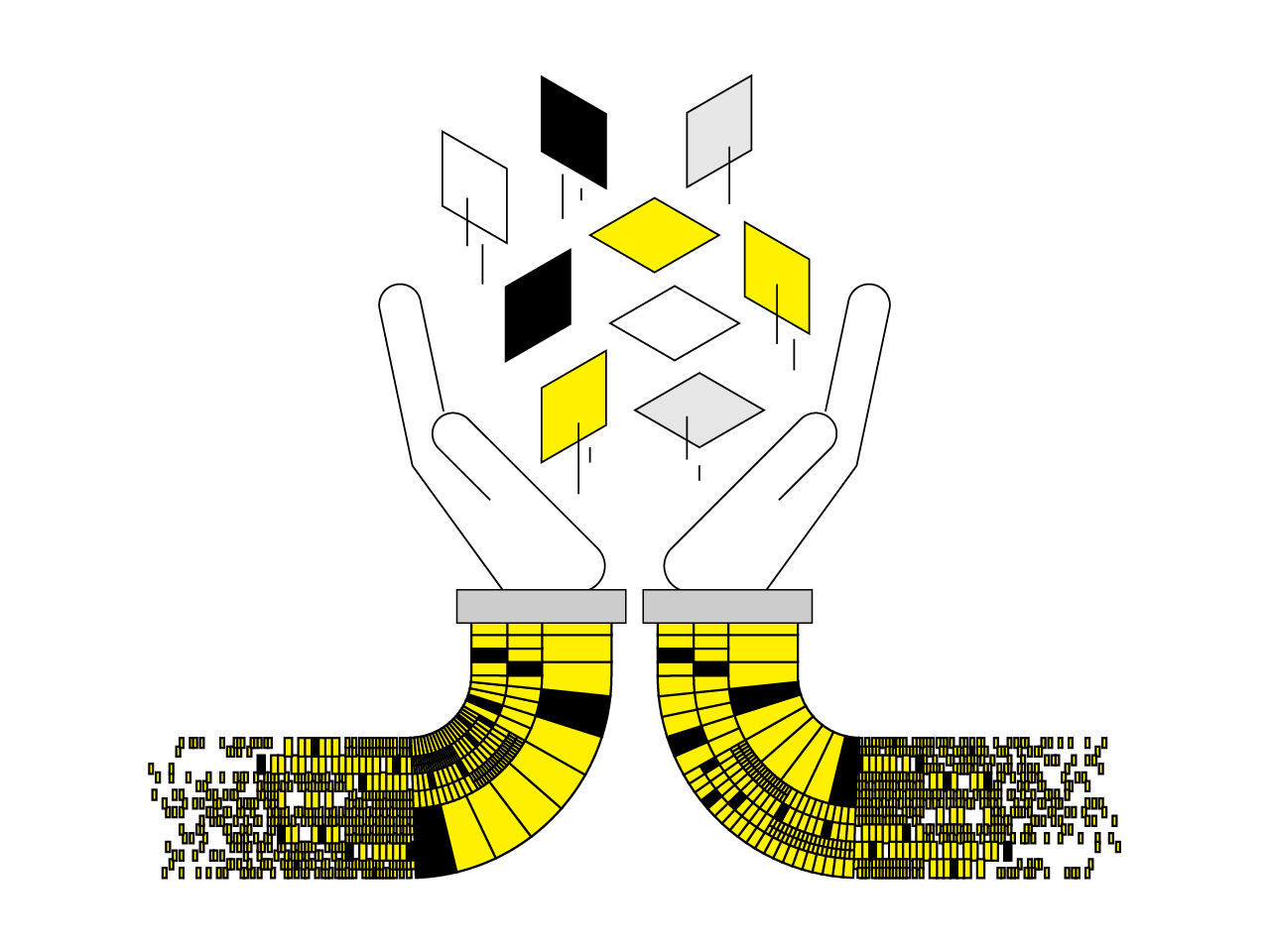 I use the term unintended consequences of Open to describe a growing trend where user-generated value is locked in proprietary products and services. These lock in public value and privatise the subsequent profit. A good example of such lock-in is the use of Wikidata in commercial – and proprietary – voice assistants. The lock-in can also take on a predatory form, as it happens with the incorporation of CC-licenced images of humans into AI facial recognition training. I have been paying attention to this issue since discussing it at length at a panel during the Creative Commons Summit in 2020. And reflecting on these and other examples of using voluntarily created resources by companies that don’t give back to society in the same way has led me to sad conclusions.

The limits of Open

The open movement seems to have worked out a theory of change based on the production of resources: a societal shift to a more collaborative, fair and inclusive society will happen if there are enough free and open resources. Today we see that free knowledge, as necessary as it is, did not free the world. So as activists and creators of the commons, we need to face the possibility that this paradigm has reached its limit of growth.

That doesn’t mean we should stop putting energy and love into a collaboration to create free knowledge and open content. Rather, as we are wrangling with the necessity of re-evaluating our strategies, we need to open up more to creating a political agenda that will bring about the shift that we had hoped would happen: a more equal society with little to no barriers to accessing and imparting information, benefitting from knowledge and participating in culture.

Any change is a crisis of sorts, and a good crisis should not go to waste. Discussing this with my fellow Wikimedians and Wikipedians, I often see how the idea of having such an agenda creates a conflict between what they understand as the neutrality of our free knowledge projects and taking a political stance. I agree wholeheartedly that the objective of Wikipedia and other projects is to search for facts and produce verifiable information that is impervious to any ideology.  The more we can exemplify and explain that a human-centred internet is possible, the better we make use of this crisis. There is an urgency to that task, however.

The politics of Open

In the 21st century, providing true information, as we do through Wikipedia and other such projects, has become a political act. It is so because many people, and especially voiceless and marginalised communities, face grave consequences for speaking truth to power.

It is also because information became warfare. Disinformation is dangerous because, on its basis, people make decisions disastrously affecting their lives (not getting vaccinated, for example) or the lives of those most vulnerable (blaming immigrants for problems that, in reality, are caused by a growing wealth concentration and colonial legacy). Moreover, exposure to disinformation brings people to the conclusion that the truth is impossible to ascertain and this is when they give up trying, doubt everything, and become passive.

Without the added push of an adequate legal framework, any good coming from the Big Open will be limited in effect and confined to a relatively small scale at best, like an oasis in a dry and hostile landscape. At worst, it will keep fuelling a global platform ecosystem that will use it even more to perfect its tools of oppression. With its immediate effect on 27 national jurisdictions, European Union law is a good place to start to carve out that space.

The permaculture of Open

The good news is that our community, which is much broader than the Wikimedia/Wikipedia movement, has a lot to offer beyond constant additions to the corpus of free knowledge. Most important is the practice of creating a community based on deliberation and disagreement. It is the living experience of being with others and not calling it quits just because we don’t like absolutely everybody involved. It is a community that, despite real problems with a toxic culture, keeps trying to make that culture better.

There is still much to be learned from this practice, as it is from any practice of commoning. The challenge does not necessarily concern insufficient research but rather the applicability of our experience. While we were growing our community gardens, the internet traffic elsewhere has been sucked into the surveillance-based model of intermediation between humans, institutions, businesses and AI. This model benefits from our “organic diet” of peer-produced knowledge, as in the examples above, with little to no social return on investment.

It seems that the internet platforms, from social media to creative content-sharing outlets, are allies of the Open because open content and free knowledge create more material their users can interact upon. It is also the content they can use in creating their own products – and as much as the GAFAM can afford to buy and use any content they need, the fact that there is no clearing of rights to freely and openly licensed information and data makes it so much easier to use and adapt.

In these circumstances, any lessons learned from collective practices in projects such as Wikipedia should not be applied directly. If it were, collective fact-checking of articles shared on a social network would be simply free labour to the benefit of an entity that, most likely, has the means to pay for that work. It would also detach the practice from its essential context, where community-led content moderation not only does benefit that community directly but also is done based on the rules that the community establishes for itself.

This community-based knowledge is needed to cultivate new spaces of self-governance online. In these spaces, the benefits of decentralisation can be well balanced with the ease of connecting with each other and setting up a proactive agenda of sustainability. That agenda should serve both the growth of content and the reinforcement of human-centred online exchange. Would the recent exodus of Twitter users to Mastodon after Elon Musk took the reins be a catalyser for that? Time will tell, but again – we cannot let the good crisis go to waste.

The care protocol of Open

One of the unintended consequences of Open that pans out a bit differently for the future of our communities stems from the foundational West-centrism of many open projects. We often say that sharing is caring and don’t realise that sharing can be only called such if the party making the gift is doing it voluntarily and the decision is well informed as to the real benefits and consequences of such an act. In other words, sharing without the enforced autonomy of the sharer is simply looting their resources.

Specifically, when we say “sharing is caring,” many indigenous and otherwise systemically oppressed communities hear “exploitation.” After so many examples of locking-in indigenous knowledge for the benefit of the Global North – for example, when new pharmaceutics are developed, accompanied by the devastation of the environment where the plants grow – we cannot expect that these same communities will have great interest in contributing to the benefit of the whole of humanity, if that benefit does not include them.

In that instance, overcoming the crisis of the growth paradigm requires action that is boldly proactive. And in Europe, if we are serious that it should be every human being that shares in the sum of human knowledge (as Wikimedia vision paints it), this means coming to terms with Europe’s colonial past. We are not responsible for that past, but we are accountable not replicating it. I can think of two examples, explained below, where our political action, as well as content production, needs a knowledge equity update. The key to identifying more is to centre the voices that don’t have a platform similar to an average white European, and to amplify them and serve these communities with our experience and expertise.

The first example: we need to take a principled position on the issue of returning looted cultural heritage to places it came from, an endeavour that is largely missing a proper legal frame and is met by resistance from European cultural institutions. As skilled and imaginative technologists, we should lead the process of making the imagery of the artefacts meaningfully accessible online long after the objects are returned. And a case-by-case process has to ensure that these artefacts truly go to the communities from which they were stolen. It would be a globally great development considering that European museums, on average, present only 5 percent of their collections to the public.

Secondly, we also need to seriously study the implications of the migration crisis and consider how we can assist the task of providing adequate, open and free educational resources to refugees. Resources that would both help start a new life and maintain ties with their culture and languages of origin. This is important work that, if done right, brings meaningful change to both the refugees and the communities that offer them shelter.

The synesthetic paradigm of Open

What all that really boils down to is that we cannot see the production of free knowledge and open content as derived from the impact it can have on communities around the world beyond access to knowledge. We need a well-functioning synesthesia of the principles of Open with other fundamental rights and principles. If we want to be relevant and if we want to be the force of good, we cannot afford to neglect the fact that open resources are used in oppressive surveillance, for example. The answer is not, obviously, to stop producing free and open content. But we absolutely must have a good response to harmful practices that employ that content to their violent ends.

The permaculture of the Open cannot thrive if it is like an organic diet – 5 times as expensive as food that has lower quality and is accessible mostly in the urban Global North. It has to be inclusive of both practices and traumas of those of us who are systemically excluded and structurally oppressed. It cannot be only limited to “exotic” content, but it must rid itself of the notion that the practices in the centre are good enough to satisfy the needs of the people who are pushed to the cultural and technological margins. We need to remember that our mission is not Wikipedia – the encyclopaedia built upon a Western protocol of knowledge. Our mission is one of practice and not of a product: it is every human sharing in the sum of human knowledge.

Anna Mazgal is leading the design and establishment of Wikimedia Europe, an umbrella organization for Wikimedia affiliates. Based in Brussels, she has been a Senior EU Policy Advisor at Wikimedia Deutschland. She is currently involved in policy discussions, employing both a human rights perspective and the experience of Wikimedia – the platform hosting the world’s biggest online encyclopaedia and whose content is generated by users. Previously, she carried out advocacy on copyright reform and terrorist content regulation. She was Head of Policy at Centrum Cyfrowe, a Polish think-and-do-tank on digital rights in culture and education and President of the COMMUNIA Association for the Public Domain, an international group of advocates for the preservation of public domain and users’ rights. 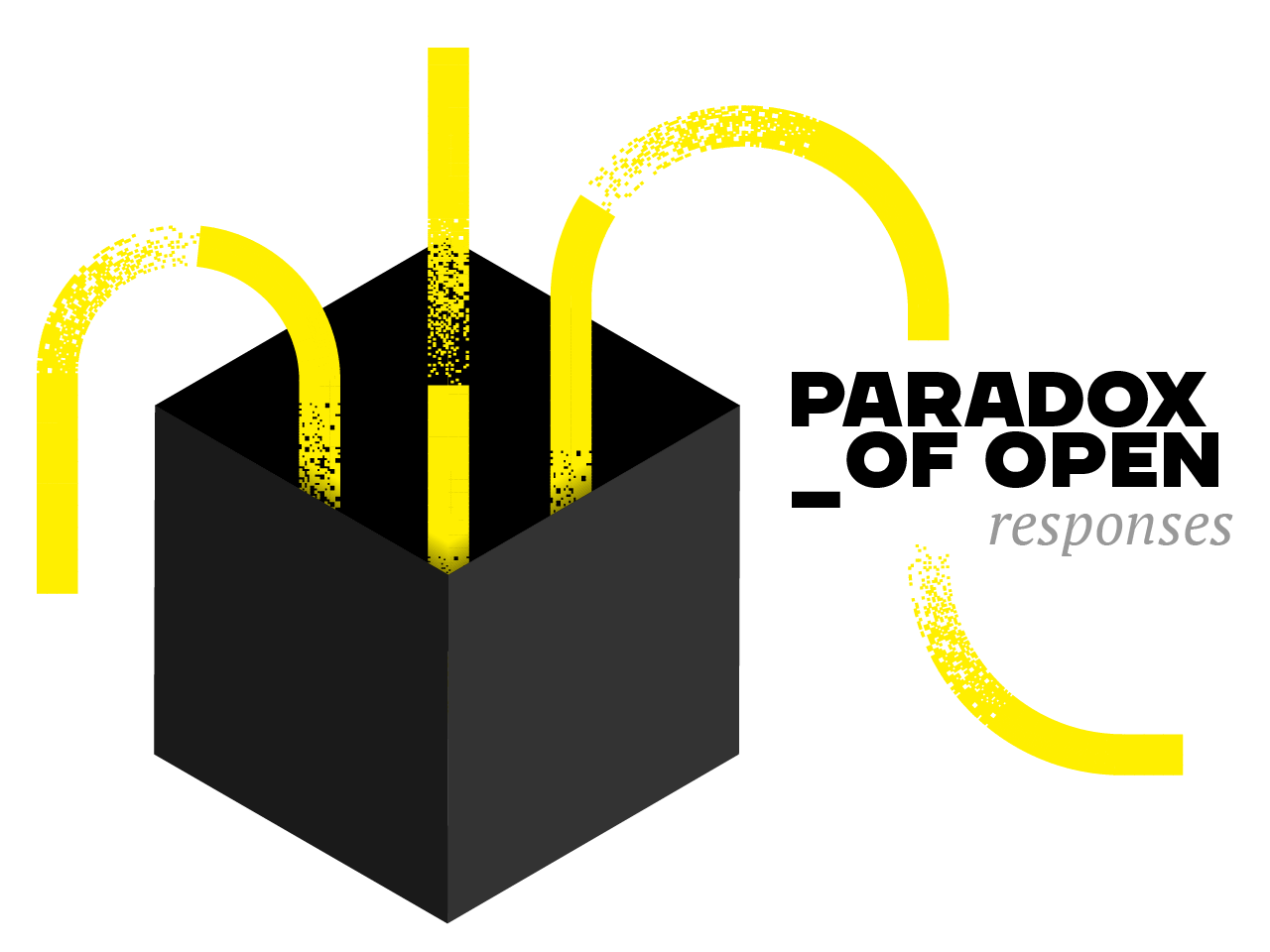