At this month’s Open Future Session, Anna Mazgal (Senior EU Policy Advisor, Wikimedia Deutschland) and Alejandro Mayoral Baños (Mixtec/Totonac activist and the Executive Director of the Indigenous Friends Association) spoke about “care protocols”.  Under this theme, a group of activists has been organizing conversations focused on ways that the open movement plays in addressing the harms perpetrated in the platform ecosystem while nourishing a fair internet for all.

Anna opened our meeting by stating that since internet platforms are global, conversations about these systems need to include the whole world. “I really don’t want to have conversations about platform regulation and about how the big internet platforms break the internet just for Europeans or for Americans.” In Europe, Anna argued, citizens are in a good position – for example, with good privacy laws relative to other countries. 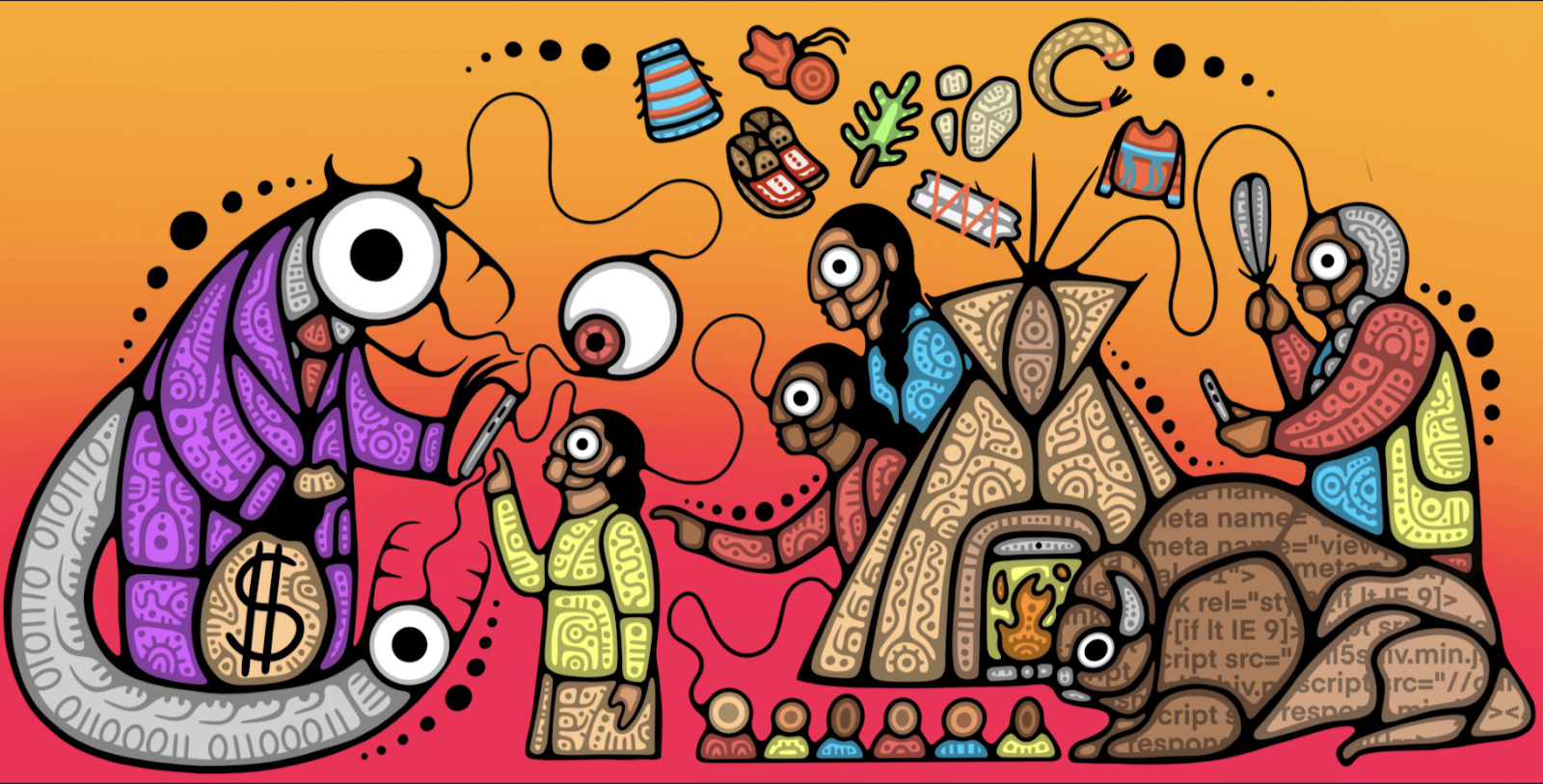 Alejandro’s organization, the Indigenous Friends Association (IFA), is part of a movement to change this gap. And several trends have also played a role in changing this situation. Firstly, the spread of mobile phones over the last decade meant that several Indigenous expressions started being shared on popular online platforms. This trend became reinforced by the pandemic, as several communities became isolated in the real world, and at the same time forced to use the digital. Alejandro describes the pandemic as a time when conversations in the digital, and about the digital, became more frequent for Indigenous peoples.

This insight, Alejandro argued, requires rethinking the concept of the digital divide. Traditionally, it has been defined – especially by digital inclusion policies – as means for only enabling access to technology and its infrastructure. From Alejandro’s perspective, such an approach is just one more way of creating a dependency upon a specific technology. Proponents of this approach to inclusion welcome the use of technologies but limit the ability to become their creators. Instead, inclusion should be seen as creating capacities to own technologies and to use them creatively. And, importantly, these rights should be not just individual, but collective.

“We need to reframe the entire digital divide debate and start creating the capacities at the local level, in order to control and own technology, not just to provide access”, said Alejandro. And such policies would have the side effect of decentralizing power, as different local solutions are created from one geography to the other.

Intellectual property rights is another area in which there is an ongoing effort to properly secure the rights of Indigenous peoples. In our conversation, it became clear that it is around these issues that further tensions appear, also in relation to the role of the open movement.

The analogy between digital commons and its earlier forms, like the land commons, has been well established, in particular by James Boyle, who wrote about the second enclosure of the commons. Alejandro presented a parallel analogy tied to the experience of the Indigenous peoples. Digital resources, he argues, are today treated just like Indigenous lands were treated previously, as “Terra Nullius.” Land that does not belong to anyone, and from which resources can therefore be extracted, without either compensation or care for the land. Today, this is the experience of data extractivism, where users no longer own or control their data, which instead is being extracted at scale and “mined” through advertising.

Alejandro mentioned that as the idea of openness was developing, there was growing pressure to open up traditional and Indigenous knowledge, just like other types of knowledge. So that ceremonies, languages, traditional cultural expressions would be open to everyone. And what was missing in these efforts is an awareness of who is benefitting from such open sharing. Commonly, the benefits are for researchers and external actors, but not for the communities themselves. And even worse, open sharing in some cases led to harm in the community. Putting Indigenous cultures in the open, without any type of protocols that help to manage the process, can be dangerous to the sovereignty of several communities.

Anna mentioned that in this context, Wikipedia, an online encyclopedia, is a type of knowledge protocol, and a very Western one. The Wikimedia movement has adopted a new strategy, with knowledge equity as a core value. In this context, there is ongoing work to redefine how knowledge should be presented and move away from the idea that the Western knowledge protocol, the encyclopedia, can work for all forms of knowledge, including the traditional one. And the fact that this is hard work is best proven by the fact that efforts to make this shift have a long history. Over ten years ago Achal Prabhala created a video called “People are knowledge”, in which he argued for a shift in citation standards that would allow Wikipedia to include traditional, largely oral, knowledge.

Anna argued that we need to shift away from an approach, where a single knowledge protocol is promoted as a framework that fits everyone; and therefore from an idea of inclusion that is reduced to making resources available and training people to follow this protocol. Instead, the open movement – and Wikimedia in particular – should say: we have the resources, how can we use them to serve your needs?

In data governance, the Indigenous communities are increasingly focusing on collective rights and forms of formally representing them. There is a clear sense that data is relational and therefore cannot be simply treated in terms of individual rights. Yet there is little clarity on how to translate this insight into policy. Indigenous approach to data sovereignty can be in this regard a source of inspiration, arguing for care principles, collective ownership, authority to control data and proper attention paid to ethics. One example of such a framework is the First Nations Principles of OCAP in Canada.

At the end of our session, Anna asked Alejandro about what he would see as a priority in terms of transferring resources and providing capacity to Indigenous peoples. The answer was: governance, creating the capacity for indigenous people to govern technologies that they are using.