Rethinking value in data sharing for B2G in the public interest

What to expect from the upcoming Data Act?
Opinion
#data commons 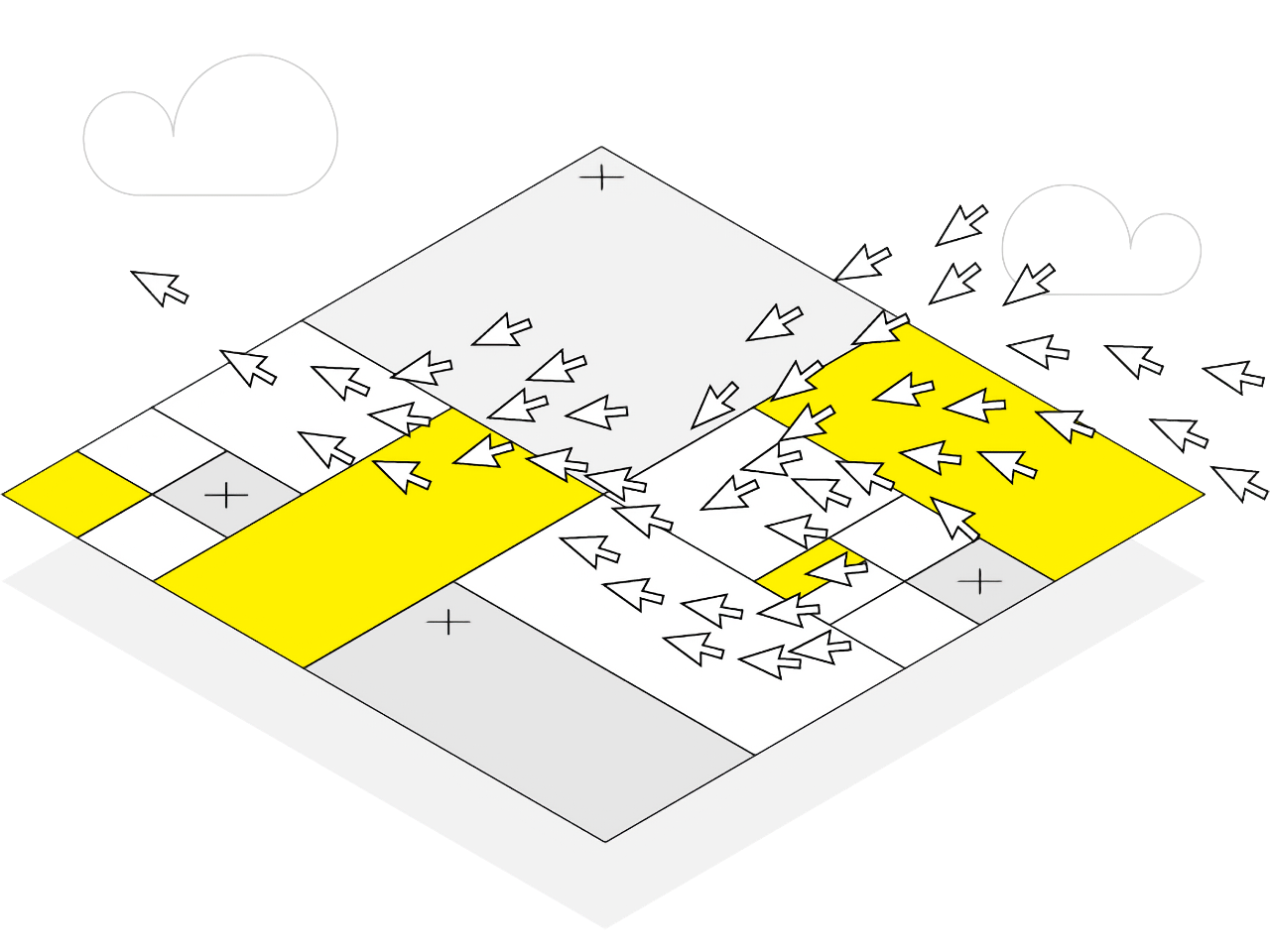 The proposal for the Data Act should be published by the Commission on 23 February 2022. The measure, together with the Data Governance Act–currently in its final approval stages–aims at providing a new framework for the European data economy in the years to come. Although we do not know yet the specific content of the measure, the inception impact assessment document published by the Commission last June, among other issues, anticipates a review of the 1996 Database Directive–which we covered in this policy brief–and a new framework for business to government (B2G) data sharing in the public interest.

This latter concept, in a nutshell, refers to a data sharing arrangement between private sector bodies and public decision-makers to allow them to make use of the full potential of such data for the common good.

This question–which we also discussed in our feedback to the Commission–is an opportunity to rethink collective uses of data beyond pure private benefit. At this stage, it also seems to be the most controversial part of the commission proposals. As Euractiv reports, the proposal for the Data Act was rejected last October by the Commission’s own regulatory scrutiny board. Supposedly, this was due to the lack of sufficient information on the conditions for public bodies to access data and the compensation to be paid to businesses for the use of the data.

Looking at the upcoming Data Act, there is a broader picture to be taken into account. The responses to the Commission’s public consultation last June showed an overall negative reaction by commercial stakeholders on the intention to share data with the public. In these responses, data is mainly seen as an economic asset that should be exclusively available to private companies to increase profits and consolidate competitive advantages. Not surprisingly, private actors have long opposed mandatory sharing of privately collected information with public bodies and economic competitors alike, despite the collective benefits derived from society-wide access.

The upcoming Data Act provides an opportunity to change this as it will likely introduce provisions aimed at changing the dynamics of creating public value from data sharing between businesses and public actors in Europe.

Why value matters in data governance

Are there any alternatives to this market-based conceptualization of data sharing? The open movement has long advocated for the production and sharing of content and data through the combined power of networked information services that could go beyond the current capitalist framing. However, it did not go as well as we initially hoped…

In a recent article on the future of free knowledge and culture, Balázs Bodó–an economist and socio-legal researcher at the Institute for Information Law (IViR) at the University of Amsterdam–argues that much of the failure of peer-produced common information initiatives against market-based solutions can be ascribed to intrinsic double blindness in the naive dream of building a “commons”. He argues that we did not sufficiently think about questions concerning the ‘use’ and ‘value’ stemming from data sharing and access as we erroneously believed that free knowledge and information was inexhaustible and that sharing was the ultimate means to maintain an open internet:

This quote perfectly summarizes the collective delusion of those who believed–me included–in the real power of collaborative resources to contrast an increasingly pervasive capitalistic approach to information ownership in the digital age.

However, if there is one lesson to be learned, it is that sharing does not always involve caring, not even if data is a non-rivalrous resource with public good connotations. As Alberto Alemanno–Jean Monnet Professor in European Union Law & Policy at HEC Paris–explains, data can be seen as a “sense-making resource in the digital era”. Data paves the way for societal problem-solving through positive impact, for instance in tackling climate change and job creation problems. In reality, data is nowadays mainly seen as freely available raw material to be exploited by market actors to gain collective business insights by offering freemium services to users. And the ongoing platformization of the data economy exacerbates the intermediary function of market actors in increasing their remit on freely available information resources. This current framing of the meaning of value and use stemming from data sharing ultimately reinforces an ongoing ‘societal information asymmetry’ where much of the potential collective benefits derived from society-wide reuse are hindered by corporate walled gardens.

This is also why private actors have long opposed mandatory sharing of privately owned information with public actors, despite clear collective benefits derived from evidence-based policymaking. In the current framing, data is mainly seen as a precious private resource to be protected from external requests. This is also why business to government data sharing has so far taken the shape of voluntary agreements through private-public partnerships, as occurred during the pandemic with Meta’s Data for Good initiative, and with Google’s Community Mobility Reports. These laudable initiatives have reinvigorated public action worldwide in the field of health; yet, they constitute the exception to the rule as they remain isolated efforts. As such, they do not provide an alternative framework to rethink our collective understanding on the value and use stemming from data sharing. They do not systematically set the basis for a continuous sequel between public and private actors to reevaluate existing governance regimes. In other words, they do not lay the foundations for–as Salome Viljoen, Academic Fellow at Columbia Law School, would call it–‘socially beneficial data production’, namely “institutional responses where public interest uses of data can be encoded in current practice”.

The upcoming Data Act Offers an opportunity to rethink this purely economic framing by attributing a public interest function to data sharing between the private and public sector. A perspective that acknowledges the importance of society in data governance discussions might leverage situations where data sharing is intended to serve the common good, beyond private interests.

What to expect from B2G data sharing in the Data Act

The inception impact assessment document published last June by the Commission leaves the door quite open on what is to be expected in the final version of the proposal; and no additional information has emerged since then about the final nature and scope of the provisions on business to government data sharing in the public interest. From a perspective interested in creating outcomes that are beneficial to society at large, there are two main issues emerging that will be central in determining the overall ambition of the Act.

First, an important point is an actual definition of ‘public interest’. This will determine the extent to which public actors will be able to request–or be entitled to receive–data from private companies. A narrow definition–such as for public emergencies or for specific categories of economic data–would limit the scope of application but also increase the legitimacy of sharing requirements.

A broader definition would increase the risk of government intervention for purposes that are not in line with democratic values, such as additional surveillance. On this issue, it will be important to strike a balance between the definition of public interest and its relation with the principles of limitation, necessity, and proportionality. In this light, a narrow definition focussing on areas of real societal importance seems necessary to mitigate this potential danger, but also to help in defining certain types of privately-held data as a public resource.

Second, the potential remuneration of commercial data holders for sharing data with public authorities is likely to become a controversial issue, as signaled by the responses from corporate stakeholders during the Commission public consultation. Overall, they lament a lack of economic incentives in the market to voluntarily engage in data sharing. To address these concerns, the proposal will likely include a compensatory regime for private companies, which can be expected to revolve around “adequate compensation for substantial investment”. This would be linked to the process undertaken by private companies in storing, cleaning, and maintaining data before making it available to the public.

Inevitably, this issue sparks a variety of questions concerning data monetization and the actual price of data in the EU single market. Should the bar be set at market price–if so how do we calculate it? Or at a fixed price?

From a public interest perspective, there are a lot of arguments against compensating companies for sharing such data. This is especially the case if public interest is narrowly and clearly defined and applies to cases where such data sharing can be seen as something akin to corporate social responsibility. In areas where corporate actions have a substantial impact on society—such as Co2 emissions or large-scale content moderation—it seems fair to require private actors to freely share data that can help with developing public policy aimed at reducing negative externalities caused by corporate actions.