The Data Governance Act (DGA) is the first legislative act of the European data strategy, and it was published in the Official Journal of the European Union on 3 June 2022. The DGA aims at facilitating the reuse of certain categories of protected public-sector data and increasing trust in data sharing across public sector bodies, users, data users, and data holders. It does so by allowing wider reuse of protected public-sector data, by proposing a new business model for data intermediation services and by promoting data altruism for the common good. The DGA, which provides a new framework for greater societal reuse and access to data, is the first element of an ambitious attempt to shape the European data economy. It will be complemented by the Data Act (see our observatory here).

June 3, 2022
DGA is published on the official journal
The Data Governance Act is published in the Official Journal of the European Union.

May 16, 2022
Council approves final DGA text
The Council of Ministers approved the final text of the Data Governance Act (DGA) that was agreed upon during the trilogue negotiations.

Analysis
April 12, 2022
Four questions for the European strategy for data
This note assesses the interconnectedness of the GDPR respectively with the Data Governance Act and Data Act, shedding light on the different inconsistencies between the two acts and the GDPR that risk hindering the overarching objective of the European strategy for data.
April 6, 2022
European Parliament approves final DGA text
The Parliament approved the final text of the Data Governance Act that was agreed upon during the Trilogue negotiations.

Opinion
March 1, 2022
A closer look at data intermediaries and the risk of platformization
The Data Governance Act risks leading to the growth of for-profit data intermediation services and centralizing market power even further. One way to avoid this is to provide stronger support for commons-based data governance.
February 11, 2022
Data cooperatives in Europe: A legal and empirical investigation
As part of Harvard’s research sprint on cooperative data governance, Elettra Bietti, Ander Exteberria, Morhsed Mannanand Janis Wong argued that the direction data cooperativism is taking place in Europe...

... remains in line with a neoliberal focus on personal data and the individual imperative for each person to govern ‘their’ data

In this light, the Data Governance Act would not significantly alter the status quo for collective data governance mechanisms despite introducing the concept of data cooperatives. The authors find this attributable to the GDPR focus on personal data, which would enable cooperativism for non-personal data only. On the contrary, personal data, as highlighted in recital 24 DGA, would always require consent at the individual level, therefore making any delegation or conferral of rights to a third party impossible for personal data.
January 27, 2022
Data altruism: how the EU is screwing up a good idea
In this paper commissioned by Algorithm Watch, Winfried Veil argued that the EU is not sufficiently leveraging the concept of data altruism introduced by the Data Governance Act. Veil ascribes that as a failure because of the EU’s “religious approach” to personal data protection hindering collective governance mechanisms of personal data. In this light, GDPR is seen as a straitjacket for the concept of the data for good.
December 9, 2021 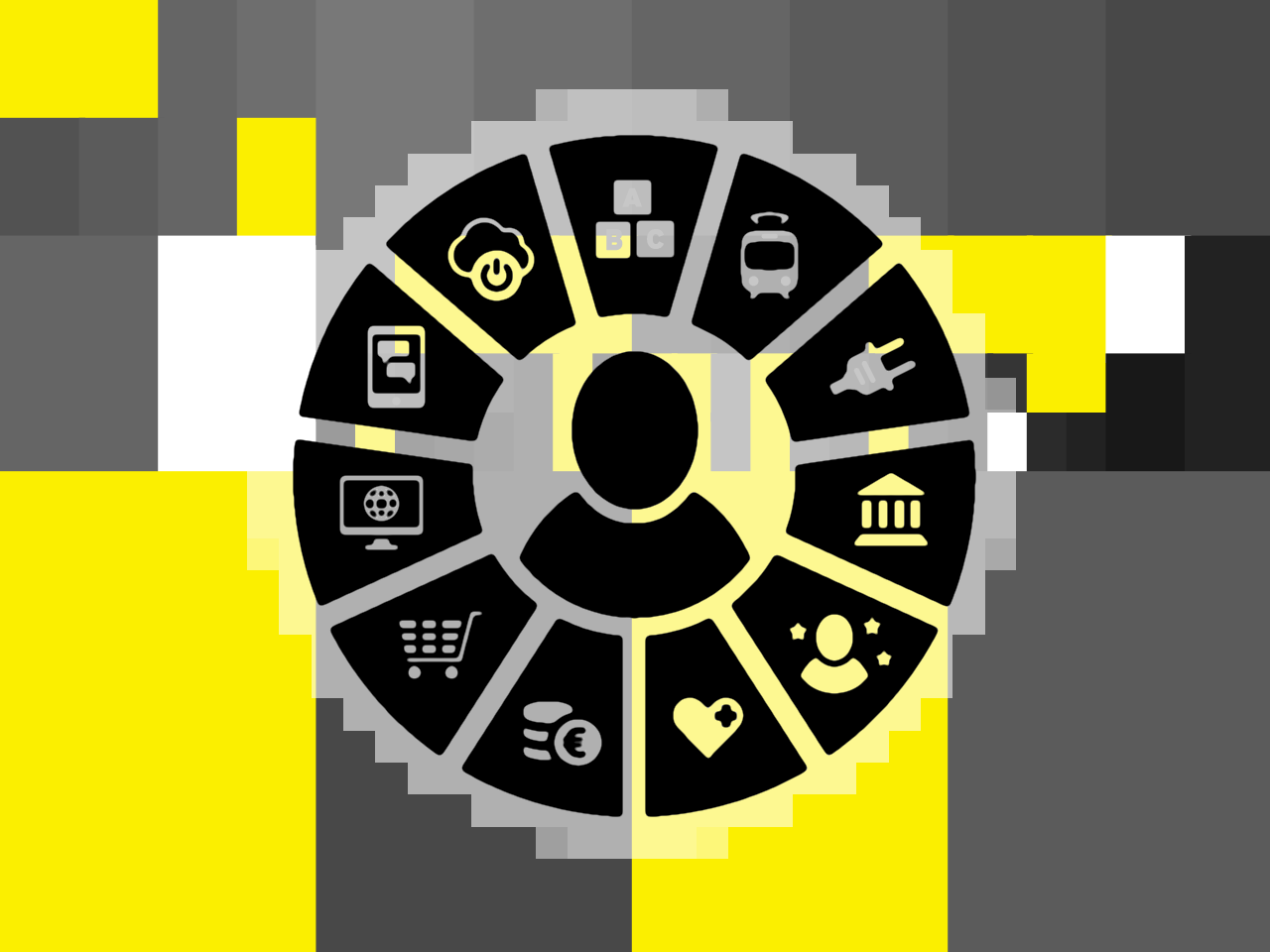 Analysis
July 30, 2021
European Parliament misses the opportunity to build the Data Commons
A critical take on European Parliament's ITRE committee report on the Data Governance Act. The report adopted by the ITRE committee represents the negotiation mandate for the trilogue negotiations.
July 16, 2021
Parliament adopts ITRE report
The ITRE report was adopted with a majority of 66 votes in favor, 6 abstentions, and none against.

July 14, 2021
The Data Governance Act – between undermining the GDPR and building a Data Commons
As part of the EDRIgram of July, we published a blogpost on the current state of things concerning the Data Governance Act proposal. We stress the importance of safeguarding GDPR provisions in the DGA to ensure legal certainty concerning the governance of personal data. Likewise, we highlight the missed potential of “data cooperatives” in the Data Governance Act to give rise to collective data governance mechanisms.
July 14, 2021
ITRE publishes final compromise amendments and voting list
Ahead of its vote on 16 July 2021, ITRE published the list of compromise amendments and the voting list.
July 9, 2021
AT, DK, FI, NL submit working paper to the Slovenian presidency
The Governments of Austria, Denmark, Finland and the Netherlands – self-proclaimed “Friends of the Data Economy” – sent a working paper to the Slovenian presidency on the Data Governance Act. The four countries have formulated common proposals to improve the final text ahead of the Council compromise proposal, including amendments aimed to “contribute to a flourishing and responsible data economy.”
Working paper
July 6, 2021
JURI opinion adopted
The Committee on Legal Affairs – represented by rapporteur Karen Melchior (RENEW), adopted its opinion on the DGA.

June 23, 2021
CiTiP Working Paper Series: White Paper on the Data Governance Act
The Centre for IP & IT law of KU Leuven published a white paper on the Data Governance Act. It offers an academic perspective to the Commission proposal on three main points. First, the authors argued that the regulation of data as an object of rights may exacerbate risks with the GDPR. Second, they highlighted the lack of reference to European data spaces despite being central to the European Strategy for Data. Finally, they discuss the impact of the proposal in light of Europe’s digital sovereignty ambitions.
CiTiP White Paper
June 23, 2021

publication
June 23, 2021
The Data Governance Act: Five opportunities for the Data Commons
In this policy brief, we present five issues related to the proposal for the Data Governance Act (DGA) that are crucial to achieve the policy goal of building Data Commons in the European Union.
April 28, 2021
ITRE amendments
The Committee on Industry, Research and Energy published its amendments, collected by Rapporteur Angelika Niebler (EPP). In total, 639 amendments are submitted.

March 11, 2021
The EDPB publishes an opinion on the DGA
The European Data Protection Board published its opinion on the Data Governance Act. The document focuses on the lack of adequate personal data protection in the proposal, which is not sufficiently differentiated from non-personal data. Likewise, it laments a lack of GDPR primacy in data protection which could be compromised by certain provisions in the DGA. In doing so, the Board proposed a wide range of amendments to protect personal data better and ensure consistency with other policy files at the EU level.
EDPB opinion
February 22, 2021
DE presidency compromise proposal
The German presidency of the Council of the European Union publishes a compromise proposal for the Data Governance Act. The compromise aims at clarifying the scope and the definitions introduced by the DGA in light of existing initiatives in the field and clarifies the obligation for public sector bodies in making data available to the public. In addition, it stipulates more requirements for data sharing services in making data available for reuse in order to ensure their independence. Finally, it clarifies the role of competent authorities in enforcing the application of the measure and the mandate of the European Data Innovation Board.
Compromise Proposal
February 8, 2021
Open Future feedback to the public consultation
We submitted our Feedback to the Commission’s public consultation on the Data Governance Act proposal. In our submission, we discuss the proposal from a perspective that acknowledges the fundamental role of Open Access Commons-based data sharing in the overall data ecosystems. In particular, we focus on the need to protect open access commons resources in the European data-sharing ecosystem, which is not acknowledged in the original proposal. Precisely, in the original text, they might fall under the definition of “data sharing services” and “recognized data altruism organizations.” For a comprehensive European Data Strategy, it is important to correctly reference the important society-wide function performed by open access common resources.
Our feedback
February 2, 2021
Public consultation closes
The European Commission closed the public consultation on the Data Governance Act proposal.
November 25, 2020
Public consultation opens
The European Commission opened a public consultation on the Data Governance Act proposal. It published the impact assessment report.